Report / Empowering Saudi women and raising their share in the labor market, reducing the gender gap in the workforce 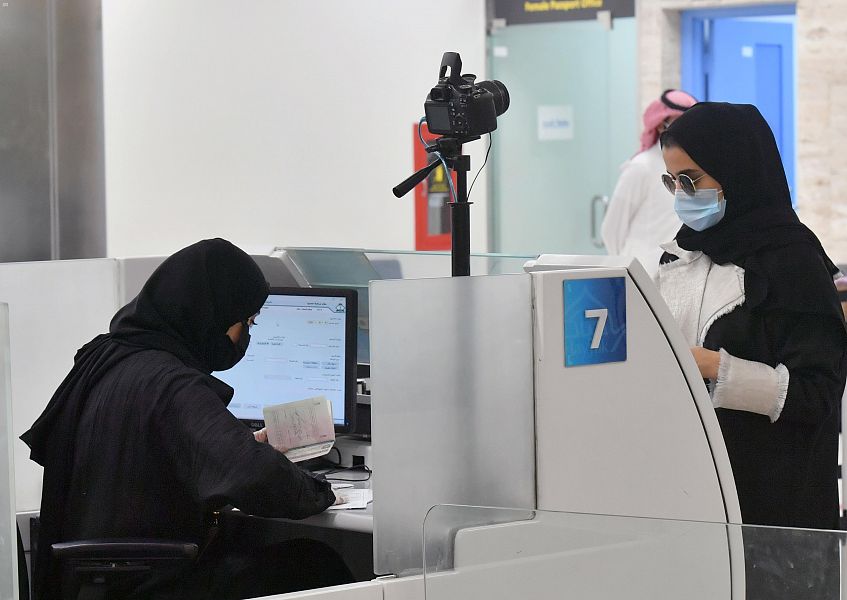 The indicators for the first quarter of 2020, through the report issued by the General Authority for Statistics, showed that empowering Saudi women and increasing their share of participation in the labor market is growing, as called for in the Kingdom’s Vision 2030.

The wise leadership represented by the Custodian of the Two Holy Mosques, King Salman bin Abdulaziz, and Crown Prince His Royal Highness Prince Muhammad bin Salman – may God preserve them – believed in the developmental role that women play in supporting the national economy and comprehensive development plans, and the social, economic and development gains that the country achieves.

This is what has called on the Ministry of Human Resources and Social Development to take its steps to target Saudi women within its goals, through empowerment, training and leadership guidance programs to enhance women’s leadership participation as decision makers and enable them to take leadership positions.

and Social Development had standard indicators to measure the percentage of its achievement of its goals, before the ministry revealed recently and through the above-mentioned report that it exceeded some of the indicators In its targets in terms of achievement percentage.

The index of increasing women’s economic participation in the labor market has reached 25.

“Increasing women’s contribution to economic development” This indicator – which is one of the most important national transformation programs and a key performance indicator for the Kingdom’s 2030 vision – has shown a decrease in the unemployment rate among females and an increase in women’s contribution to economic development during the first quarter of 2020.9%, in the first quarter of this year’s report, where the target exceeded the required ratio for this year, as the Ministry was targeting in this indicator to reach 25% for the year 2020 AD.

This indicator measures the extent to which women participate in economic development, contribute to the gross domestic product of the national economy, and achieve sustainable development.

The Ministry revealed the increase of the share of women in the labor market (from the workforce) for the first quarter of 2020, where the target was (24%), while the indicator achieved an increase to (27.5%), which reflects the extent of the success of Emiratization and empowerment plans Increased awareness of the importance of women’s participation in the labor market, and the role empowerment plays in economic indicators.

Speaking of the decisions, initiatives and potentials taken by the Ministry to achieve this goal and reach the percentage specified in the index, the Ministry’s Undersecretary made clear to empower women

Hind bint Khalid Al Zahid, that the Ministry of Human Resources and Social Development has taken many initiatives to achieve this goal, including: “The Empowerment of Women Initiative and the increase of its participation in the public and private sectors and the enhancement of its leadership role” Al-Zahid indicated that this initiative contributes to increasing the percentage of women’s participation In all job levels by investing its energies and capabilities, expanding work options in front of it and increasing its participation to ensure equal opportunities between the sexes, in all professions and in all administrative levels.

Al-Zahid revealed more initiatives, as it talked about: “The Leadership Training and Guidance Initiative for Women Leaders in Leadership – Vision 2030” and Al Zahed explained that this project is carried out in cooperation with (INSEAD University) and aims to show the leaders and raise the percentage of employment in leadership positions, and raise Awareness of their participation in the labor market and the creation of high-caliber women training leaders.

Indicating that the project is still ongoing, as it aimed in its first phase to train (1700) women, and qualify them to assume leadership positions.

The “Remote Work Strategy Project in the Civil Service” And Al Zahed said: The Ministry of Human Resources and Social Development undertook a project on the remote work strategy, where the remote work project is one of the projects for empowering women and enhancing their leadership role, which is one of the initiatives of the National Transformation Plan 2020 .

The project aims to prepare a strategy for organizing remote work in the civil service, expanding work options for working women and men alike, by specifying jobs that can be practiced remotely, and proposing what should be modified or added to the civil service system and its implementing regulations, and developing legislation And the systems and controls necessary to regulate it.

Among the Ministry’s efforts to support the empowerment of women in the public and private sectors were the “Women Leadership Platform”, where the platform works to support and empower women leaders in the Kingdom of Saudi Arabia to work and promote leadership positions in various government agencies, and to take advantage of this platform in the processes of polarization and promotions And transportation, appointment and assignment in the public and private sectors and internal and external representation at official events and conferences.

It is an initiative targeting women leaders with 8 years experience, and officials from the two sectors who want to attract women leaders.

The Ministry has worked to develop and implement a marketing plan for the national platform for women’s leaders to attract the largest segment of women leaders to register on the platform.

The Ministry has worked on building an indicator board for a leadership platform that includes the preparation of registrars – those seeking leadership.